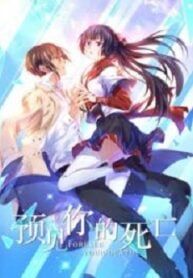 Summary: Gu Ning tried to stop a murder she foresaw but the victim did not heed her advice. Hence, she rushed to lodge a police report. However, she ended up being suspected by the police because she reported the case before it happened. Captain Zhan Ming began to pay attention to the strange woman. Even though Zhan Ming did not believe in her so-called death predictions, Gu Ning repeatedly surprised him. By staring into the eyes of the dead, Gu Ning would know details that only the medical examiner should have known. She could even draw the scene of the crime with an ink brush on the spot. By sitting on a chair from the crime scene, she would be able to see the crime unfold from the other side… 遇见你的死亡

Tales Of Demons And Gods

A Returner's Magic Should Be Special

Rebirth Of The Urban Immortal Cultivator